Exploring Paris: Beyond the Périphérique

The crush of a seemingly eternal heatwave has finally subsided, and in Paris, autumn is the time for flaneurs. The throngs of summer visitors have returned home and the gentle breeze of seasons changing turns long walks into pastimes, the destination rarely important.

The City of Light used to lure its idlers with elaborate galleries and stone cathedrals, but as experience-driven trips continue to be the modus operandi for the modern-day traveler, it’s the boulevards—lined with the trademark Hausmannian architecture—that are seeing most of the action. Cozy neighborhood cafés, boutique digs, and personalized retail have cropped up in the Brooklynization—a byword for all things small batch—of a place that’s quickly shedding its reputation as a museum city intra muros, what the French call “within the walls.”

That wall is the Périphérique, a ring road built around Paris’s 20 arrondissements during the 1970s that quite literally cemented the delineation of the central core and its banlieues—suburbs, a prevalent notion since medieval times—into the city’s collective consciousness. It’s not quite a case of haves and have-nots, but the municipalities on the other side of the wall offer that certain brand of “local” that hasn’t been given a touristic gloss. And as Paris bursts out of its concrete corset, it’s time to reconsider these neighborhoods further down the metro line not as day trips, as the guidebooks might suggest, but as the continuation of the Parisian metropolis worthy of an afternoon amble. 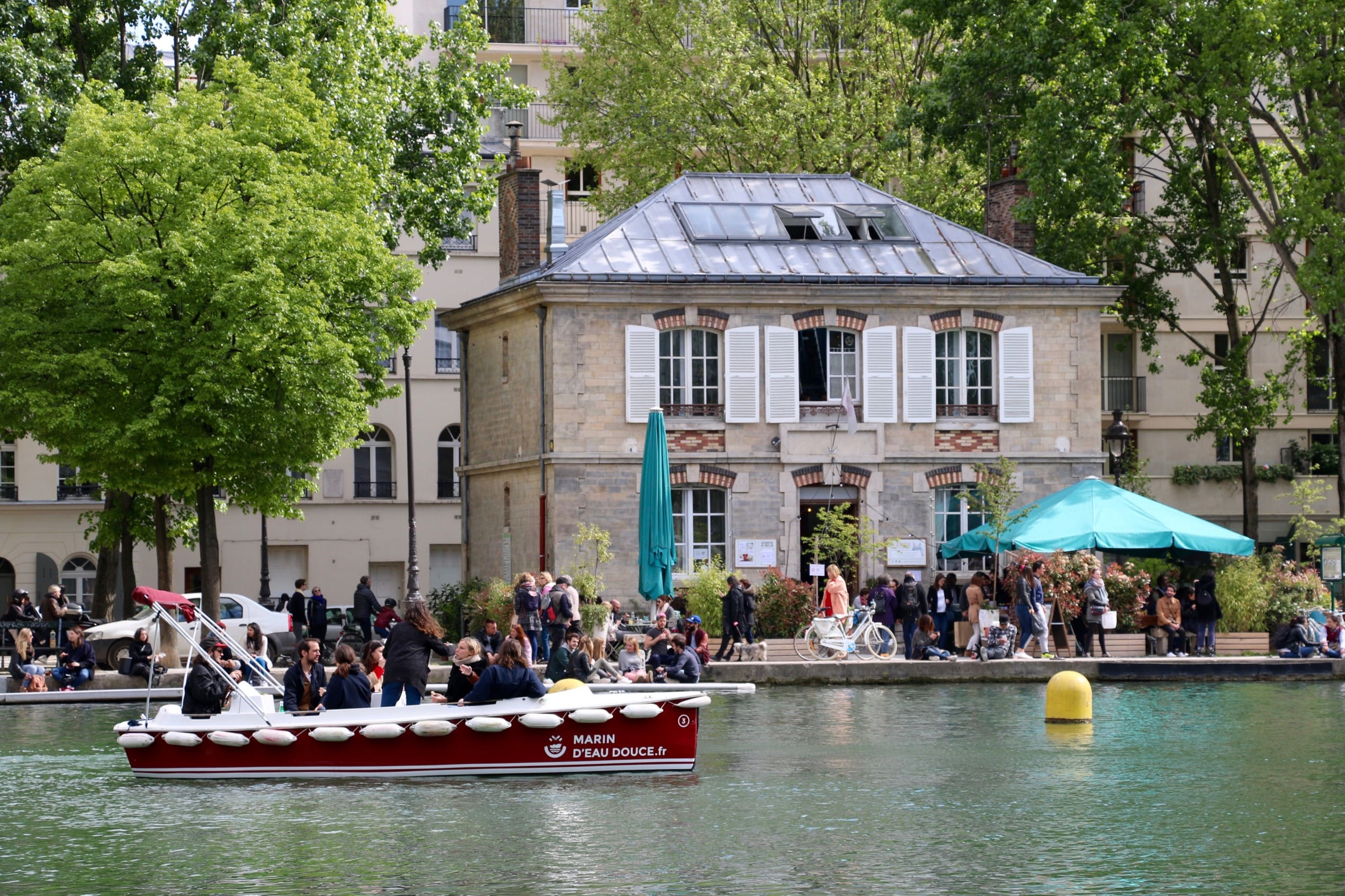 
There’s St-Ouen, just north of Montmartre, which has long been a favored foray due to its puces—flea markets—overflowing with elegant vintage wares. And Vitry-sur-Seine, south of center, boasts the MAC/VAL, a creative space dedicated to contemporary arts across a panoply of media. But it’s Paris’s eastern suburbs of Pantin and Montreuil—where grey stone façades melt away into more varied architecture—that are shedding their unstable reputations and becoming region-wide beacons for creative types.


At the crossroads of an industrial rail and the pedestrian-friendly Canal de l’Ourcq, Pantin’s population is considerably more mixed than any actual Brooklyn comparison, and its spectrum of residents gather at remarkable design flourishes like the public pool Piscine Leclerc, an Art Deco relic, and the Centre Nationale de la Danse, a showcase for the nation’s best footwork housed in a Brutalist box. Famed gallerist Thaddeus Ropac opened an exhibition space for large-space works in the neighborhood as well, further changing the city’s artist gravity.

Wallpapered in graffiti, Montreuil and its nascent youth culture has begotten a handful of hangouts slinging micro-brews or serving up live music. Connect the dots between Deck & Donohue, which hosts tastings of their eponymous pale ale on weekends and abuts a rock-climbing wall; BEERS & Records which, as the name suggests, slings sip-able tipples with a generous side of vinyl; Le Chinois, a performance venue rebooted in a former Chinese restaurant; and La Station Services, a mixed-use concert hall and resto-bar also named after the former use of the space it inhabits; all proof that there’s plenty of savoir faire beyond the wall, but no one’s overthinking it.

Icelandair flies to Paris daily. Traveling from North America, you have the opportunity to add a stopover in Iceland at no additional airfare.

This article first appeared in the Icelandair Stopover magazine, Fall 2018